There are posts more difficult than other to write, not so much because of their subject, but because they are critical of HIV prevention interventions devised by fellow prevention activists. This will be another one of those difficult posts. However, on World AIDS Day, as we celebrate successes, concede failures and look forward with renewed hope to challenges, it is necessary to remember that good intentions and wanting to do the right thing are not good enough without doing the thing right. And this is what this post is about. 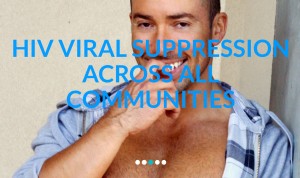 On November 23, the Global Forum on MSM & HIV (MSMGF), the largest global, advocacy network focused on HIV among men who have sex with men (MSM), announced that it had partnered with gay dating App Hornet to launch Blue Ribbon Boy, “the largest targeted, global HIV viral suppression campaign to date”.

The MSMGF hopes to reach 7 million MSM around the world through the Hornet dating platform, asking them to answer a short series of yes/no questions about their sexual health. Then, “Based on their answers, those who qualify will receive a blue ribbon icon on their profile photo signifying their personal commitment to sexual health, irrespective of their HIV status. Men who do not meet the standard will be offered recommendations for ways to protect and improve their sexual health so they can become a Blue Ribbon Boy”.

Though “Leveraging social technology on such a massive scale is one of the ways” we may be able to make a difference in global health, and though it may seem a right thing to do, is this campaign doing it right?

Leaving aside the self-praise and sycophantism that pervade the press release and website – “breaking new ground”, “tenacious advocates”, “modernizing sexual health messaging” (as if no online advertiser or HIV prevention intervention had never been there before), let’s look at the more disturbing issues arising from an intervention that pits the “good gays” who get a reward against the “bad gays” who bear their cross.

Just who or under what authority the MSMGF decided that they were qualified to assess gay men’s standard of commitment to sexual health? And based on what criteria? Don’t gay men and MSM already have to prove every single days that they meet the standards of being human? Of being members of a community that can be nastily exclusive? Do we, as gay men and MSM, have to further show that we deserve to be accepted, even among our own, by passing some kind of dubious test designed by some organisation without much consultation with, or consideration for the community?

For as start, the MSMGF could share the algorithm that decides who get a reward and who doesn’t. They could also tell us if the questions will be asked in local languages such as French, Turkish, Arabic or Thai or if they will only be  in hegemonic English? As an organisation that specializes in messaging this would surely be the right thing to do.

I logged into Hornet a few times but was not offered to be assessed. However, a few questions where mentioned in an interview given to Unicorn Booty by Jack Mackenroth, the brainchild behind the campaign.

“Hornet — the world’s second largest gay social app with over 7.5 million users, many of them in countries where HIV is concentrated among men who have sex with other men — will ask users a few yes-no questions about their sexual health, starting with “Do you know your HIV status?” From there it asks some follow-ups, including “Are you taking PrEP daily?” (for negative guys), “Have you achieved or maintained an undetectable viral load?” (for positive ones), and “Have you researched resources for getting an HIV test?” (for guys who don’t know their HIV-status)” (Emphasis mine).

Three questions, three major concerns and a disregard or lack of understanding of the everyday life of gay men especially in low and middle incomes countries which the intervention aims to reach. The choice of viral suppression as leading theme for the campaign is a surprising one with its disturbing focus on the HIV infected and the assumption that controlled viral load will be the magic bullet that ends HIV. We do know for some time that it will take more.

Access to basic services such as HIV testing for the populations targeted remains much stigmatised in countries where Hornet claims a large membership such as Turkey, Russia, Taiwan, Egypt and even Thailand. A simple HIV test could easily turn into a nightmare. Ironically and despite acknowledging it, the MSMGF firmly believes that “This campaign is globally revolutionary because it reaches MSM is many low-income countries where basic services may not be available but the prevalence of smart phones is widespread”.

But how good smartphones are when HIV testing is not available, or shrouded in stigma and legal barriers and other obstacles to sexual health and sexual rights?

Access to treatment and beyond maintaining and achieving undetectable viral load still remain a challenge in many countries, especially if you are an at-risk population like MSM (see this). In these circumstances putting the onus on the HIV positives to achieve and maintain an undetectable viral load is irresponsible and shocking. And so is assuming that those infected are willing or should be willing to start immediate treatment and then be responsible for maintaining their viral load undetectable whatsoever their personal circumstances.

The rationale behind asking gay men if they are on PrEP is puzzling when awareness of this HIV prevention option is currently very limited, when the drug used for PrEP is only approved and readily available in the USA and when PrEP remains a polarising intervention.

Could there be a bigger disconnect between the MSMGF and the world gay and MSM live in?

But this is fine according to the campaign creator, when gay men can’t do any of the above, and therefore won’t probably get that “spiffy blue ribbon” they can always sign an online petition for PrEP or global access to treatment, with name and address so that gay haters can find them more easily if they had not already using the app (note: the petitions linked to do protect signatories, but the suggestion nevertheless feels lame). All else failing, gay men “should use condoms and lubricant. If condoms are not available there are sexual activities that are less likely to transmit HIV.” What next?  Abstinence and masturbation? At least lubricants were mentioned even if they are harder to come by than condoms.

And there is a more fundamental problem: is there any demand for such type of prevention that segregates good gays from bad gays? Those who meet the standards of the MSMGF and those who don’t? How strange is it and how much it says, to presume that “online booty-seekers will be more likely hook-up with Blue Ribbon Boys because taking care of your sexual health is sexy.”

What about the others? Do they really don’t care about their sexual health or is it possible that there is not much they can do about it? Will they be further ostracised by their own community, undeserving of finding that online hook-up because they were not good enough for that damn ribbon?

What happened to the right of enjoying a fulfilling sexual life? Will it be limited to sexy-blue-ribbon-wearing-studs?

Evidence to show that such intervention can achieve a positive change are lacking. Some studies have shown that App users just close popup windows as soon as they appear. Simply because they are not there to be patronized about HIV prevention or rewarded with gimmicks.

Interviewed by The Guardian, Bangkok-based Jesse Krisintu who has been working with charities trying to persuade young people to get tested for HIV through tactics such as pop-up advertisements on dating apps said that the project did not work.

“It’s their business. If they advertise too much about HIV/Aids services there, do you think people are going to go online?” he said.

“The application is where the key population is but no one is going to read the pop-up because the purpose of people going to those apps to find sex, not to find knowledge. The results are not that favourable,” he said. “People just close it.”

Online dating applications have been widely associated with increased rate of sexually transmitted infections and they should indeed play their part in reducing the rate of new HIV infections. When their bit is to contribute to stigma, and a blame culture, we should think twice before embarking on a partnership that’s edging towards financially gain by App’s designers, which the imagery and the token reward of a full membership would make you think of.

The choice of “muscle stud” (do people still speak like that?!), none of which is Black because photographer James Franklin did not have a photo of a Black men in his stock, may be good marketing but for what purpose? For selling HIV prevention or selling Hornet? At a time when mental health problems are ever common amongst gay men, many of whom experience issues with body image, this is poor public health marketing.

Calling out the good gays, closeting the bad ones

If Blue Ribbon Boy is not about calling out HIV status, what it is about? Calling out good gays who have easy access to basic health services, are comfortable with their body image, have no social issues impeding them to stick to their treatment, live in tolerant societies where they are not discriminated against versus all those who do not have such luxuries?

What evidence is there that being granted that honorific Blue Ribbon will change the stigma experienced by gay men, especially those HIV Positive?

It is beyond disbelief that the MSMGF, an organisation claiming “10 years of experience and expertise navigating global HIV messaging and advocacy” and prominent prevention activists such as Don Baxter and George Ayala could support a campaign that has clearly not been thought through and goes against what the MSMGF stands for, and I believe even what Mackenroth stands for. 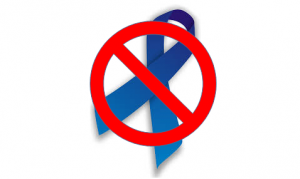 Could have it been done better? For a start, engage with the community, road test the idea, ensure the initiative is not going to do more harm than good, be mindful and aware of the lives of those who you aim to reach, especially if they live in a different country and culture. Try to do the right thing, and aim to do it right.

This naive campaign is a disservice to HIV prevention and gay men worldwide. We deserve more and better than a patronising and infantilising campaign and I can only call on the MSMGF to reconsider going ahead and instead to bring it down.

All text emphasis mine. Jack Mackenroth was provided with a draft version of this post for comment before publication.

Want Europe to get PrEP?

Two major barriers are the lack of prevention infrastructure across Europe and the cost of the drug.
Both of these require new investment by European governments at a time of constrained resources.

One step at a time you can help Europe to get PrEP:

First, Ask Gilead to reduce the price of PrEP to support HIV prevention in Europe