In July 2012, the US Food and Drug Administration took a landmark decision when it approved the use of the antiviral Truvada for the prevention of HIV infection. The strategy, called Pre-Exposure Prophylaxis (PrEP), was the first since the dawn of the epidemic thirty years earlier to be trialed and to demonstrate that it could greatly reduce the risk of HIV infection in uninfected individuals. Indeed, since the seminal 2010 iPrEX study at least eight clinical trials conducted in various settings and with diverse volunteers have demonstrated that PrEP can reduce the risk of getting HIV from sex by more than 90% when used consistently and by more than 70% among people who inject drugs.

Since then the world of HIV prevention and national health systems has been very slow to catch up with the only HIV prevention strategy that is user-controlled, not coitally dependent, and which does not rely on the involvement or willingness or consent of sexual partners of often unknown HIV status.

It took three years after the 2012 FDA approval for the WHO to formally include PrEP as an option in its HIV prevention guidelines (which is comparatively a short time). France approved Truvada for PrEP in November 2015 through an RTU (Recommendation of Temporary Use) and was followed by South Africa and then Kenya. Elsewhere and in the best of case, the registration of Truvada for prevention is under review and in the worst, the drug is not even registered for treatment. Overall and despite implementation projects which have confirmed the effectiveness of PrEP, there are very few national PrEP policy or guidance in the world at large.

In the UK, despite years of evidence piling up including the results of the UK-led PROUD pilot study, PrEP is still under consideration by the NHS and remains unavailable to most of those who would benefit from it. With 500 new infections diagnosed every month and many more who do not know they carry the virus, the lack of preparation, leadership and unwillingness of the NHS to make PrEP available is puzzling.

But it is not only the NHS, one of the best health system in the world, that is responsible for PrEP implementation lagging behind in the UK:

It’s HIV Prevention England (HPE), the national HIV prevention programme for England, which work focuses solely on HIV testing and early treatment and whose website does not make a single mention of PrEP.

It’s Public Health England (PHE) which interest in PrEP came late and lack public visibility and engagement, despite key people working hard to show that PrEP works. Its 2014 two-year plan to promote the health and wellbeing of gay, bisexual and other men who have sex with men (MSM), makes a single brief mention of PrEP with PHE aiming to work through the HIV Clinical Reference Group (CRG) and NHS England to explore a cost-effective approach to providing PrEP to most-at-risk MSM. Its team of epidemiologists and modellers has demonstrated this but what’s next? 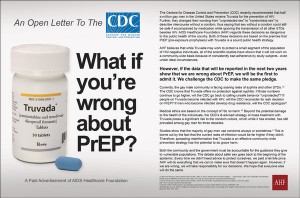 It’s health professionals* still arguing the risks and benefits of the strategy whilst the horse has bolted – the drug is available online, people are buying and using it without adequate medical supervision;

It’s HIV leading charities* which until 2015 showed little enthusiasm to keep abreast of developments in the field, lend support or advocate for PrEP (but thankfully this is changing);

It’s a poorly informed, when not misinformed, elusive Gay community still baffled by the possibility that drugs used for HIV treatment could also be used for HIV prevention; a community fed by outdated debates and arguments that took place several years ago in the US;

It’s unprepared and ill-equipped Local Authorities* responsible for HIV prevention since the Health and Social Care Act 2012 but struggling to effectively deliver services on a reduced health budget;

It’s the media for whom there is always a good sensationalist raunchy story to write about a “party pill for the depraved”; 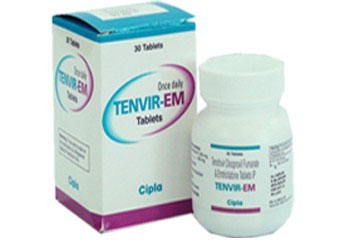 Tenvir-EM – Generic Truvada for a tenth of the price

And of course it’s Gilead, the drug manufacturer, which could cut the price of a drug reaching the end of its patented life and make it cost-effective for national health systems struggling financially. With Truvada coming off-patent in 2017, there is a commercial opportunity that Gilead should not ignore whilst contributing to the fight against HIV.

The situation is dire in most of Europe where 373 new infections are diagnosed every day (a figure that concealed many undiagnosed infections) and it is not going to get better any time soon. It is such that the task of informing the public about PrEP has fallen on independent individuals and small organisations. Some have even taken the step to help people aware of PrEP’s benefit to safely get a generic version of the product online and at least one London Sexual Health clinic has joined the effort and offers the necessary clinical monitoring that PrEP requires to make sure the pills aren’t damaging user’s health, although it has been showed that Truvada compares favourably to aspirin in term of user safety.

In January 2016, the NHS Clinical Reference Group (CRG) which covers the commissioning of HIV services reported that the policy proposition for the provision of PrEP has been considered by an NHS England clinical panel and has been considered to be consistent with the evidence base. In other words, the efficacy of PrEP to reduce HIV acquisition has been formally acknowledged by the NHS three years after the FDA approved the use of the drug for prevention. The provision of PrEP now rests on an impact assessment or in lay term, how much it will cost and how much it will save the NHS.

The cost effectiveness of PrEP has always been a salient point in the decision to make it available on the NHS. Several studies have demonstrated that PrEP, delivered appropriately i.e. in a targeted fashion, would be cost effective. The latest study published in the Lancet and conducted by Public Health England (oh the irony) showed that offering PrEP alongside regular HIV testing and early treatment to just a quarter of MSM at high risk of contracting HIV could prevent around 7,400 new HIV infections in the UK before 2020.

Current prevention efforts in the UK with their focus on correct and consistent condom use and regular HIV testing have failed short for years. With 6,000 new infections diagnosed every year and many more undiagnosed, further delay from the NHS is no longer acceptable and further withholding PrEP is now without a doubt unethical. Waiting any longer is not only putting at risk many potential PrEP users, but it is also threatening the potential positive impact of the intervention on the HIV epidemic: unsupervised, unmonitored, poorly implemented, PrEP could do more harm than good.

In an opinion piece for the Washington Post, Anthony Faucy, Director of the US National Institute of Allergy and Infectious Diseases at the National Institutes of Health, writes that “Today, we have the tools to end this modern-day plague. We must not squander the opportunity. History will judge us harshly if we do.” After years of indifference and apathy, polarized debates that are now stale and general discord, it is now time for all the stakeholders above to unite, work together and engage actively with the public towards making the NHS and Gilead providing PrEP in 2016. The longer we wait, the harsher the judgement that will be passed upon us will be.

*On 21 March 2016 NHS England decided to drop PrEP from its commissioning process, BHIVA expressed its concerns in a statement available here. Major HIV prevention charities also expressed their disappointment and shock at the decision (NAT, THT) and so did Local Authorities.

NOTE 1: A commented version of this post is available on Medium.
NOTE 2: The figure below shows the potential impact of PrEP on the number of new infections. From Effect of pre-exposure prophylaxis and combination HIV prevention for men who have sex with men in the UK: a mathematical modelling study. Punyacharoensin, N. et al., The Lancet, Published Online: 13 January 2016. 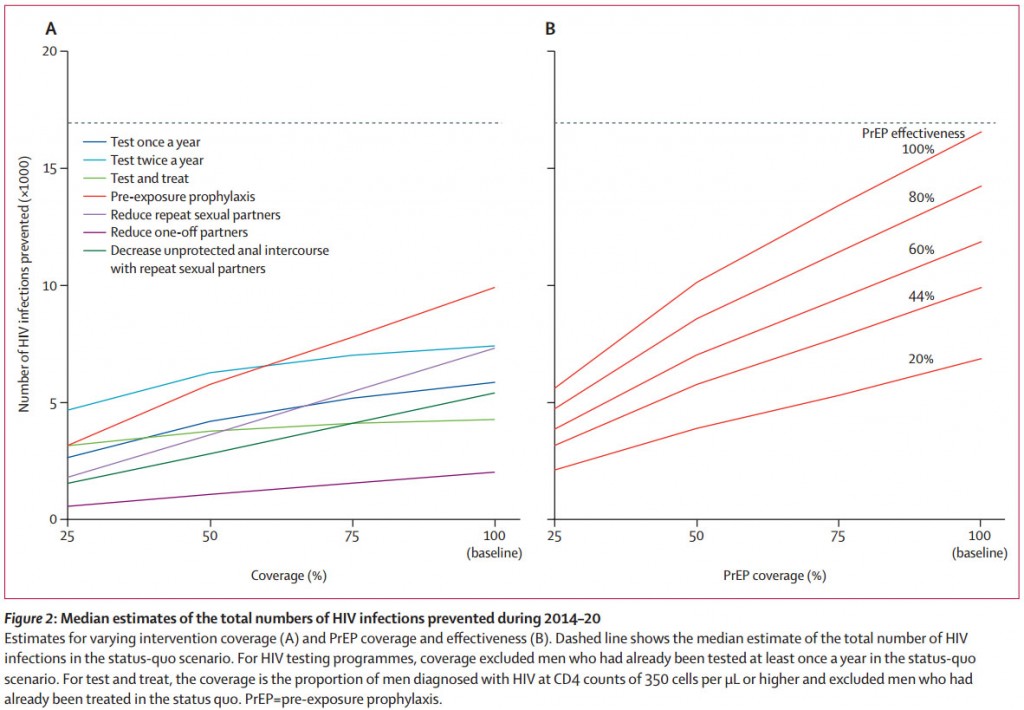 France Leads the Way with PrEP Approval 5 years after iPrEX