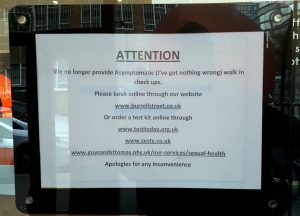 HIV: Testing ourselves out of the epidemic?
Prev
Next