HPTN 052: One step closer to Universal Test and Treat

(Updated 18 May 2011) – Another month and another HIV prevention trial ending prematurely; but this time it is because the study was showing very encouraging outcomes. The trial named HPTN052 and conducted by the HIV Prevention Trial Network was designed to compare immediate versus delayed start of antiretroviral therapy (ART) by HIV-infected individuals in a relationship with an HIV-uninfected person. The study was assessing whether ART would reduce the risk of HIV transmission from the HIV-infected to the HIV-uninfected sexual partner and also whether it could benefit the health of the hiv-infected individual. 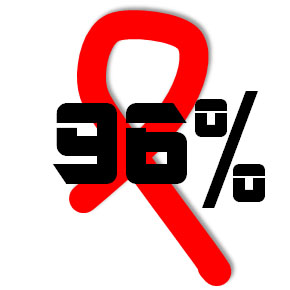 The study enrolled HIV-infected participants when their CD4 count was still above 350 (at which point they did not require treatment according to current guidelines) who were given treatment either immediately (immediate arm) or when their CD4 count felt between 200 and 250 (the delayed treatment arm). The impact on HIV transmission was so compelling that the trial’s Data and Safety Monitoring Board (DSMB) recommended the study team to release and share them as soon as possible. Indeed not only immediate initiation of ART by the HIV-infected partner reduced HIV-transmission to the uninfected partner by 96%, but it also showed a significant reduction in the risk of extrapulmonary tuberculosis in the early treatment arm.

The result of this trial, which showed that immediate initiation of ART prevented HIV transmission to a record level for a biomedical intervention, whilst also benefiting the HIV-infected individual, adds to the growing evidence that identifying and treating all those who are HIV positive as early as possible could be the way forward to dramatically curb the HIV epidemic.

It has long been thought that starting treatment early would have a positive impact on HIV transmission and on the general health of the HIV infected individual. The approach can be traced back as early as 1994 in a paper by Massimo Musicco investigating early ART in serodiscordant couples and concluding that “Treatment of human immunodeficiency virus type-1 infected men with zidovudine reduces, but does not eliminate, heterosexual transmission of infection.” The HPTN052 study, though limited to heterosexual couples too, provides another stone to support the “Treatment for Prevention” approach to managing what seems to be a never ending epidemic.

The approach does not come without questions and hurdles (socio-economic, human ritghts, logistic, implementation…) but beyond being the first real “game changer” in HIV transmission for years, it adds to and reinforces the moral imperative to work harder towards providing Universal Access to ART for all those who need it.

At a time of treatment guidelines being revised (with Treatment 2.0 on everybody’s lips), of concerns raised over sustainability and scale up of HIV treatment, the impact of this study should be profound and have evident consequences on the outcome of the forthcoming UN General Assembly Special Session on AIDS at the end of June in New York. To summarily dismiss this impact or to lament on the complexity and challenges of implementating the approach in the real world is unwarranted pessimism and is at odds with what has already been achieved in terms of providing access to treatment (particularly in the developing world). In fact more data on how HIV transmission can be prevented is exactely what should be driving policies and guidelines. Acknowledging, understanding and making the most of these new results, whether we like them or not, would be evidence-based driven policy-making at its best.