This post has an update following the decision of the London LGBT pride organisers to cancelled UKIP presence during the event.

We live in the most bizarre of times when a political organisation that has been involved in “a bewilderingly long list of homophobic scandals” is allowed to be represented in the annual London LGBT Pride. But this is just what is happening this year with UKIP being formally allowed to join the rank of organisations fighting for equality and against prejudice and stigma. 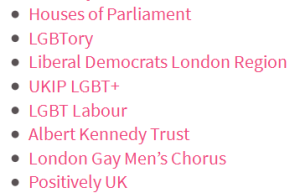 There is nothing wrong with UKIP LGBT voters and supporters wanting to join Pride, though why they would want to do so is mystifying considering that the party former LGBT chair quitted his position due to the party lack of ‘gay-friendly tone’. Ironically the UKIP LGBT group will be marching in front of the Labour LGBT group.

But there is something fundamentally wrong in allowing a political party that would legalise discrimination against LGBT people, a party that ostracises those living with HIV, a party whose members have been caught repeatedly making homophobic and racist comments, a party whose values are fundamentally incompatible with those promoted by Pride, to be allowed to join the march.

The decision to allow UKIP to join the march signals that there is something deeply wrong about Pride and what it has become to represent. The event has gone through ups and downs and after years of falling attendance culminating with the 2012 World Pride fiasco, a return to the root in 2013 under a different management brought back the spirit of Pride to the street of London.

Change did not last long and this will be another year where many will wonder what Pride is about, who it is for, and why we still need it.

Despite remarkable social progress, what Pride should be for should be obvious in the face of the social inequalities still faced by many LGBT people of all age and walk of life, and therefore amply justify why we still need it. Who it is for is a different question.

Pride has become the socially and publically acceptable face of LBGT people. It is all about the fun, the colourful and minimalist costumes, the sexy bodies and the odd ones. It is a consensual and sensual visual show organised as much for those who march as it is for those who come to watch it behind the safety of barricades (which seems to be unique in Europe); barricades reminding all that there is us, the funny ones to be watched, and them, the “normal” people who come to enjoy a good show.

Pride is all very well acceptable as long as LGBT are kept behind barriers and marchers are not making too many political demands. Be beautiful or weird, but don’t make too much noise, know your place and please do keep to the image we have of you and smile for the selfies. Now imagine the same, without the splendour and costumes, without the outrage, the naked bodies and the odd behaviours, but instead with political banners, with strong social and political slogans demanding more investment in HIV prevention, extended access to treatment, access to new HIV prevention tools (such as PrEP), sexual education at school, an end to institutionalised homophobia such as that seen in sport to name only one place.

So it is in that logic, commercial and corporate-sponsored, lacking political ambitions, and not even ashamed of it, that London Pride can safely allow political organisations like UKIP to join its rank. With nationalist and populist policies driving the latest General Election, in which more than 4 million people voted for a party that has little to offer to LGBT and whose policies are a threat to public health, it was more than ever the time to make Pride a political event.

This year, London Pride Heroes and winners will be the corporate sector that bankroll it and a racist, bigoted political party. And who knows, maybe next year the BNP and EDL will front the march?

Notes: Sign the petition asking the board to remove UKIP from the pride line up.

Following the outrage caused by the decision of the London Pride organisers to allow UKIP to be represented as a political party during the forthcoming London Pride Parade, the Board of Directors  of London LGBT+ Community Pride have released a statement on June 5 saying that UKIP’s application has now been turned down.

“For this year we have reached the decision that UKIP’s application to join the Pride in London Parade, 27th June 2015, will be turned down.  This decision has been made after careful consultation in order to protect participants and ensure the event passes off safely and in the right spirit, it has not been made on a political basis.”

It is a welcome decision though it remains inconceivable that UKIP was allowed to participate in the first instance. The Board based its decision on safety, adding that “it has not been made on a political basis”.

This is at odd with the organisers having clear political ambitions, campaigning (rightly) “for the freedoms that will allow [LGBT+] to live their lives on a genuinely equal footing with straight friends, family, neighbours and colleagues” and asking politicians to take the pledge “to engage with their local LGBT+ community groups so that together we can make the capital a leader in inclusivity, support and visibility for the LGBT+ community.”

With discrimination still an everyday reality for many LGBT and with rampant racism in the LGBT community, it was more than ever the time to make the political statement that racism, discrimination and stigmatisation of minorities on sexual and racial grounds were unacceptable from anyone, anywhere. This will remain a missed opportunity for the Board of Directors to send a strong signal contributing to focusing the attention “on the attitudinal and social change that is needed to turn those legal rights into lived equality.”

It remains unfathomable that LGBT would want to be part of a party that support legalising discrimination against LGBT, which had opposed equality in many occasion and which has repeatedly attacked members of the LGBT community. But it takes all kinds to make a world.

Those LGBT are welcome to join the march under the banner of a broader LGBT+ community and hopefully they will enjoy the party like everybody else. 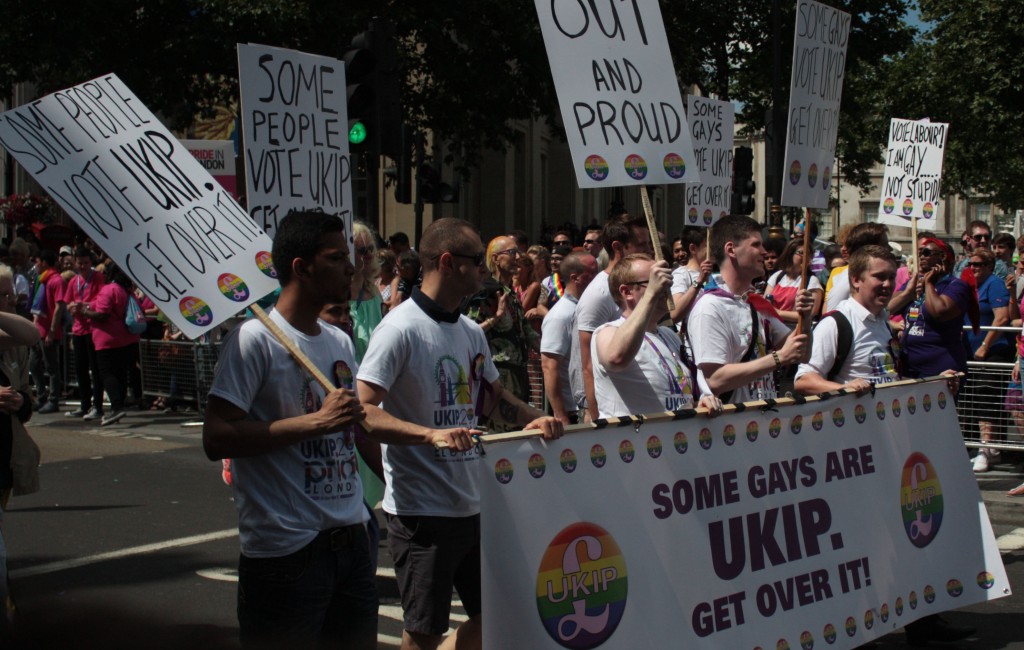