The following passage is from an interview given by Nigel Farage, the leader of the UK Independence party, to Newsweek. It triggered a fierce response from both those who oppose Farage’s stance on immigration and healthcare, but also from those who supports it, revealing the depth of the ignorance about HIV amongst the polity and the height of the prejudice towards migrants in the UK.

Nigel Farage: “UKIP want to control the quantity and quality of people who come.”
Newsweek: “Quality? How do you define quality people?”
NF: “It’s simple. That Latvian convicted murderer shouldn’t have been allowed here.”
NW: “So quality means people without a homicide conviction?”
NF: “Yes. And people who do not have HIV, to be frank. That’s a good start. And people with a skill.”

Farage statement is further expounded by right-wing columnists Sue Reid and Leo McKinstry who do not hesitate to indulge in the amalgam, the rustic simplification and “the politics of Fear” (small p, big F).

Whilst the UK is slowly recovering from an economic shock and many are still suffering the consequences of the 2008 crash, there are many issues worth looking into for a politician in search of votes, so why HIV?

The answer is in the title of Sue Reid’s piece which refers to “patients who come [to the UK] with the killer disease”. HIV kills and particularly HIV that comes with “African migrants” indicted of making up “60 per cent of all newly diagnosed cases in this country.”

The truth is, neither statement is true. And that is just a start.

HIV is not “Britain’s fastest-growing serious medical condition” or “killer disease” Sue Reid would like her readers to believe.

HIV, when diagnosed early, is no longer a death sentence but a manageable chronic disease. The life expectancy of someone with HIV receiving care equals that of the general population. People receiving treatment are healthy, they are not infectious if they comply with their treatment, and can and do contribute their share to the UK economy, including paying taxes to support the NHS. This is true whether they are natives or migrants.

HIV in the UK is no longer an aspect of African migrations into the country (it never was just that) but the growing outcome of a UK-brewed epidemic that has many causes, including inadequate sexual health education, but not migrations.

Over the past decade, notes Public Health England in their most recent report on the epidemic, the proportion of new HIV diagnoses among those born in the UK has increased from 32% of all diagnoses in 2004 to 46% in 2013.

If the cost of care is indeed in the range of £20,000 a year, it includes the cost of treatment which is decreasing year-on-year due to anti-HIV drugs coming out of patent and the availability and use of cheaper generic drugs. Cost will continue to decrease further as more people are receiving treatment and as we improve our control over the epidemic, and that means providing prevention, treatment and care to all those who need it, no matter where they come from.

The overall cost of HIV care in the UK is an impressive £1bn a year, but how does this compare to the cost of smoking, drinking, and obesity?

According to Public Health England, “Obesity reduces life expectancy by an average of three years, or eight to ten years in the case of severe obesity. Around 8% of annual deaths in Europe (at least one in 13) have been attributed to overweight and obesity. The cost to the UK economy of overweight and obesity was estimated at £15.8 billion per year in 2007, including £4.2 billion in costs to the NHS.”

But for populist politicians and sloppy columnists, it is easier to focus on HIV which affects populations already stigmatised and sell fear to the public than question the cost of two of the UKIP leader favourite pastimes. 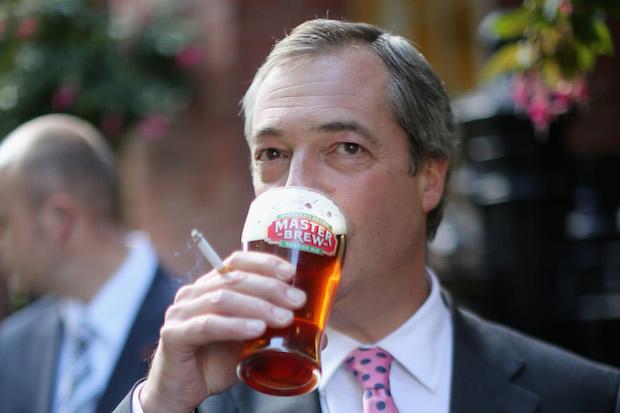 Nigel Farage “drinks and smokes too much”, says his wife Kirsten (The Telegraph, 26 May 2014).Smoking costs the NHS £6bn a year and drinking costs a further £2.7bn a year.

Then, why stop at HIV? Why not draft a list of undesirables including the obese and those with mental health issues? Why not people with cancer? Which in fact Farage said we should stop treating. Why not injury? Should Malala Yousafzai, the Pakistani girl shot by Taliban, have been treated in the UK?

The truth is that UKIP stance is plain and rampant racism and bigotry; scapegoating migrants and accusing them of engaging in “health tourism” is an easy sold, easy bought policy.

“Foreigners can get a unique and permanent NHS number” claims Sue Reid. Do they? First they would need a visa to enter the UK if they are from one of these suspicious African countries ridden with deadly HIV, then getting an NHS number is not like getting your free daily evening rag outside a tube station, and having one does not necessarily entitled you to free treatment.

Why do Sue Reid and Nigel Farage think that migrants are not contributing to the NHS, whether they are receiving care for HIV (or any other conditions) or not? McKinstry, goes one step further and against all evidence claims that “in fact people from migrant communities are more likely to be unemployed, on benefits and in social housing.” No, they are not.

But let’s bundle everything together. Legal and illegal migrants, the worker and the unemployed, the HIV infected, the benefit seekers, the Africans and most importantly let’s brew suspicion in a gullible and discontent public.

UKIP solution? Close the UK borders to people with HIV, as do 60 other countries. Let the UK join the rank of those who deny entry to people with HIV or deport them if they are found with HIV. Let the UK stand on a par with Egypt, Russia, North Korea, and Australia where HIV rates is at a 20-year high despite a restricted access policy. 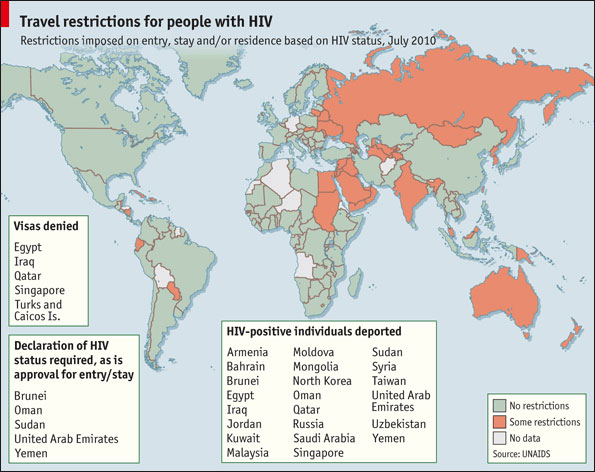 Many have responded on the futility, lack of clinical evidence or even migration evidence supporting UKIP’s stance. Many have highlighted Farage’s ignorance and how his policy would actually be damageable to our ability to control the HIV epidemic. “Ramping up the fear makes people hide” said a woman living with HIV, and that is the last thing we want to happen from an epidemiological perspective.

The damages will not stop at the country’s borders. UKIP’s policies also send a message home to all those affected with HIV, a message that they are a burden for the NHS and for society at large. It starts with HIV, but it could rapidly be other diseases that become undesirable and be perceived as unjustifiably costly to UKIP and with the approval of a short-sighted public could no longer be paid for by the NHS.

My fear is that no matter the amount of evidence one can throw in the arena, these will not change the mind of a public which “despair at mass immigration” as McKinstry puts it. Because that is what they have been told to despair about.

How will the mainstream political parties respond? Will they pick up a fight with UKIP or will they just run after an electorate they have lost long ago?

The Tory will have it easy as their policies are not far away from that of UKIP, which are not much different from that of the British National Party.

For Labour, it will be a hard choice; as Atul Hatwal puts it, “Labour will have to face up to having the difficult conversation on immigration, and it can go one of two ways:  it can either tack right towards UKIP or it can make a case for its actual policy”. Whatever these are, they don’t smell much different than that of the Tory.

Whilst politicians indulge in the politics of Fear the general public is bathing in it. Public reactions seem to be overwhelmingly in support of Farage’s bigoted and ill-informed approaches to healthcare. This public response reflects a bigger malaise that McKinstry attribute to “The aggressive imposition of cultural diversity [which has become] the central guiding principle of the public sector” and “Thanks to the collapse of our borders we live permanently under the menace of Muslim extremism”. Again, let’s amalgam everything into the fear of The Other.

When all’s said and done, it is not about health, it is not about migrants, it is about a changing world and a pace of change that some find difficult to cope with. The economy is moving fast, the world is rapidly changing but some mentalities remains entrenched in a glorious past that no longer exist, a past which dreams of glory and greatness are paraded like the oripeaux of battles fought long ago.

“Any challenge to this orthodoxy [of cultural diversity] was denounced as racism or xenophobia”, write McKinstry, at least something he is right about: UKIP, Nigel Farage, the bigots that approve and follow them are racists and xenophobes, but that’s not all: they are the real danger to the well-being of society.